Folium pX is used to help the body eliminate toxic heavy metals including radioactive elements. It was used to successfully treat victims of the 1986 Chernobyl nuclear disaster and now is being used to help autistic children recover from the effect of vaccine contaminants. It has no known negative side effects.

The price shown below this paragraph applies when selecting this single-shipment option. If you would prefer Autoship (refills will automatically be billed and shipped every 60 days) the price is $54.50. For the autoship option, click here.

How is your uranium level today?
Commentary by G. Edward Griffin

That question is not a joke. You don't have to live along the Oregon and California coast to be aware of the on-going effects of air currents and water-borne debris from Fukushima. Radiation levels appear to be on the rise everywhere. All around the world, lab-tests are showing that more and more people have unhealthy levels of mercury, cadmium, strontium, and uranium accumulating in their bodies. I believe this is a major factor in the rising rates of Alzheimer's, cancer, birth defects, autism, and auto-immune disorders. ...

The manufacturers of this product describe it as a high potency antioxidant, which it certainly is, but there is more to it than that. Those using Folium pX report that it has removed heavy metals from their bodies (including radioactive elements) that were causing serious health problems. Folium pX is a blend of pine-seed extract, grape-seed extract, and numerous herbals and flowers found in the Georgia region in Eastern Europe. It was used to successfully treat victims of the 1986 Chernobyl nuclear disaster and now is being used to help autistic children recover from the effect of vaccine contaminants. It has no known negative side effects. There are 90 capsules per bottle.

DOES IT ACTUALLY WORK?

One of the first American physicians to use this product on patients was my good friend, James Privitera. The results were astounding. In a report on his findings, Dr. Privitera reported:

If you are concerned over exposure to radioactive contaminants in the environment or food supply, the best way to decide if Folium pX would be of value is to hear from the people who have had experience with it. 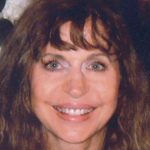 About 5 years ago after listening to an interview with alternative cancer doctor Dr. Leonard Coldwell on Coast to Coast, I decided to have a heavy metal urine test, which one can do in a few minutes at home. According to Dr. Coldwell, heavy metal toxicity is a major cause of stress on the body which in turn will cause cancer and other diseases. Because of the unusual amount of basel cell carcinomas I had been experiencing I was searching for answers to this extreme problem.

At this time I could not open my right eye because of tumors surrounding the entire eye socket, from which, over the past couple years I have removed close to 20 tumors and lesions, and another 8-10 from my face, as well as about 60+ from my back, chest, shoulders and rib cage. The home test showed that I was off the charts heavy metal toxic. Three hair analysis tests through my doctor showed heavy levels of uranium in particular. Per the recommendation of my doctor, I completed four detoxes within about 18 months, the most recent being several months ago. After retesting my heavy metal levels, the results showed zero heavy metal toxins. The before and after results are very compelling. Thank you so very much. ~~ Joan Glover (Assistant to G. Edward Griffin), Thousand Oaks, CA 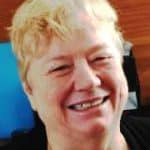 After I was diagnosed with cancer, I searched for the reason I got it in the first place. I found that I had uranium poisoning. I have done many heavy-metal cleanses and preventatives but, obviously, they did not remove the uranium. I was introduced to Folium pX and was advised to take 3 capsules 3 times a day. My uranium count then was 1200, which is three times the highest level previously found at the lab. I also had high cobalt, lithium, and mercury. After one round of the Folium pX, my uranium dropped from 1200 to 900. The other metals dropped correspondingly. I loved it because it was painless and produced massive results, which no one expected. I am continuing the capsules and will do so until there is no more uranium. My cancer is gone, and there is no doubt in my mind that Folium pX saved my life. ~~ Teresa Curtis

I volunteered as a Disaster Response Member of the American Red Cross after Hurricane Katrina in New Orleans, and there was some question about the possibility of toxic exposure. There was extensive mold, and God knows what was in half of the water supply. In fact, it wasn’t until the first week that we were even advised it was safe to take a shower with the water in the area, so there was a considerable amount of toxic materials all over the place. Later on, I had a hair sample taken and a blood sample taken to figure out if I had been exposed or not. The first test showed a very high level of Uranium, Radium and Barium. The doctor had recommended that I enroll in this trial they were doing with Folium pX. I was instructed to return for follow up testing after about a month or so of taking the product. The test showed those levels had come down to virtually nothing. It was actually kind of surprising because I know Uranium is a very difficult element to rid the body of. I did notice the extra energy that I received from taking the product and I did feel a lot better. At that particular moment in my life I was experiencing for whatever reason extra allergies and phlegm, resulting in a lack of sleep because of the difficulty breathing. However, after taking the FoliumpX it actually went away a considerable amount. I had a lot more energy after taking the product probably after about the first week. Considering it has an upside and really no downside that I am aware of from my experience, I would recommend Folium pXbecause it works. ~~ Roy Vargas, American Red Cross Disaster Response

I was dizzy. I had headaches. I had lower back muscle pain and even pain in the muscles in my shoulders. I started exploring alternative health treatments because all my regular doctors wanted to do is give me pain medication rather than find what is causing the problem. When I started seeing an alternative doctor, he found that I was high in a lot of metals, such as aluminum, cadmium, mercury, and a several others. I tried a few nutrient supplements at first, but nothing had much of an effect, so when I started taking the Folium I immediately noticed that I was feeling better, and within a couple of weeks I noticed a significant difference. I took a hair analysis test, and it showed that the Folium was indeed working. My energy level has gone back to almost normal and I am not dizzy anymore. I don’t have the muscle pains where I did and every day I can tell that I am feeling a lot better. I didn’t notice any side effects in taking the Folium. I would recommend it for anybody having problems with toxic metals because they can really make you feel very sick. I’m feeling alive and more energetic than I have in years because it really works and it has made me feel so much better. ~~ Carol Campbell, Southern California

I first started taking Folium pX in April 2014 for one month as prescribed. Prior to that I had suffered from a severe case of Hemorrhoids for approx. 18 months and was considering surgery to have them removed. During the first two weeks of taking Folium pX I noticed a significant relief and reduction of inflammation. By the end of one month, the Hemorrhoids had completely disappeared and have shown no sign of returning. I am 60 years of age and have been a smoker most of my life, and my respiratory system has suffered as a result. While taking Folium pX I also noticed I started coughing up a brown tar-like substance which I had never experienced before. As a result, I seem to be breathing much better. There is no doubt in my mind that Folium pX is a powerful detoxifier and a dynamic healing product that everyone could benefit from. Thank you so much for this remarkable product. ~~ John Cooke, Australia

This product is amazing!!! Thanks so much. ~~ Georgette Bales, Ashland, Oregon

The information on this site is not offered as a diagnosis, treatment, cure, or prevention of any disease. The testimonials in this report have not been evaluated by the FDA.